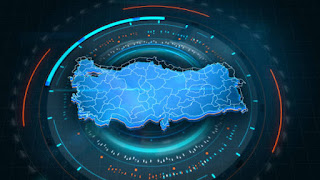 at about 4 p.m. on the 26th, xi jinping came to the jingxi hotel and, to warm applause, received the delegates and took a photo with them.

in his speech, xi first stressed that the sixth plenary session of the 19th cpc central committee comprehensively summarized the major achievements and historical experience of our party’s 100-year struggle, stressed the need to adhere to the principle of party management of talents, deeply implement the strategy of a new era of talent power, accelerate the construction of the world’s important talent center and innovative highlands, and gather the world’s talents for use. we should combine the spirit of the plenary to learn and implement, and do a good job in the new era of talent and strong military work.

xi pointed out that since the 18th national congress of the cpc, the cpc central committee and the central military commission have implemented the strategy of strong military personnel, adhered to the correct political direction of personnel work, focused on preparing for war and training talents, strengthened the layout of military personnel modernization, deepened the reform of the military human resources policy system, promoted the opening up and integration of talents, and made historic achievements in the work of our military personnel.

xi stressed that the world has not changed in a century to accelerate the evolution of a new round of scientific and technological revolution and military revolution with each passing day, our army is in accordance with the national defense and military modernization of the new “three-step” strategic arrangements, to achieve the goal of building a hundred years of military, the whole army should enhance the in-depth implementation of the new era of strong military strategy of the sense of mission and urgency, scientific planning, urgent action, all-round strengthening of personnel work, better play the role of talent to lead and support the military cause.

xi pointed out that the implementation of the new era of strong military strategy, to implement the new era of the party’s strong military ideology, the implementation of the new era of military strategic policy, the implementation of national defense and military modernization strategic arrangements, focus on the realization of the 100-year goal of building the army, promote the military personnel capacity quality, structural layout, development and management of comprehensive transformation and upgrading, forging both high-quality, professional new military personnel, to ensure that the modernization of military personnel made significant progress, the development of key areas of personnel made major breakthroughs. to implement the strategy of strong military talents in the new era, we must carry out the party’s absolute leadership over the army to all aspects and the whole process of talent work, we must take the fighting and winning battle as the starting point and landing point of talent work, we must face the world military frontier, face the major needs of national security, face the modernization of national defense and army, we must train good talents in all directions, we must deepen the reform of the military human resources policy system, and we must carry out the strategy of talent power.

xi stressed that the implementation of the strategy of strong military personnel in the new era should be carried out in an overall manner, with emphasis on the overall situation, and the overall promotion should be driven by key breakthroughs in personnel training, use, evaluation, service, support and incentive. in the party and the national talent work in the large plate planning to promote the work of our military personnel, adhere to the military demand-oriented, do a good job of planning docking, policy docking, work docking, the formation of our military personnel work to promote the work of a good situation.

xi stressed that we should adhere to the road of independent training of good personnel, adhere to the combination of military training as the main and various ways, form a model of personnel training and use with our military characteristics, and improve the ability and level of supply of personnel for war fighting. we should strengthen scientific and technological literacy and improve our practical ability to win modern wars. we should implement the military education policy of the new era, implement the priority development strategy of colleges and universities, speed up the construction of first-class military colleges and universities, and train first-class military personnel. we should strengthen the practice experience, encourage the guidance of officers and soldiers in the fiery military practice through the wind and rain, see the world, strong bones, long-term talent.

how to make cv for jobEducation in university not learn student