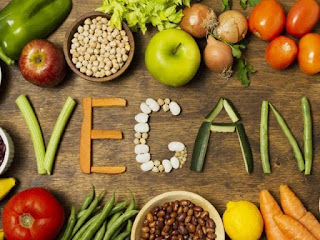 London: Some people become vegetarians because of their health or because of their environmental friendliness, but now a British company has announced a huge amount of money to give up this habit.

Vibrant Vegan, a non-animal food company in the UK, has announced a برطان 50,000 (68 68,000) prize for promoting its vegetarian food. This award will be given to the regular carnivore who can spend 90 days on vegetables only. Thus, this amount is equal to one crore in Pakistani rupees.

For this, the restaurant first surveyed 1,500 women and men who ate meat and then announced the competition, saying that they wanted “real examples of eating vegetables instead of meat” in order to attract more Britons. According to the company, people themselves are searching for vegetarian food on Google and it has tripled in 2017 compared to 2017.

The company said in a statement that it started its non-profit business in 2014, which has led to an increase in demand, search and consumption of vegetable foods around the world, especially in the UK. Earlier, the restaurant had announced ‘Wagner’ on the occasion of January. The goal was that in a month (January) people would eat vegetables instead of meat and so far 50,000 people have accepted the resolution and joined it.

But now there is a hefty prize money competition for those who eat meat willingly. One of the thousands of applicants will be selected to represent the company and a formal agreement will be signed. After that he will not eat meat for 90 days and will have to post incentive videos on social media. During this time, the company will provide him with vegetarian food and thus will also be able to promote vegetable products.